Have your say here!

Posted in Case Studies, News | Comments Off on Route 75?

What has Sue been doing? 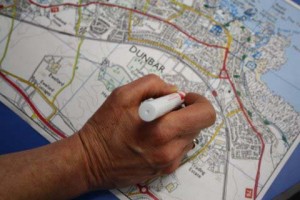 Sue has been working with Sustaining Dunbar to deliver the Scottish Government’s Climate Challenge Fund outcomes.  She has designed and facilitated the community engagement processes for the development of the Dunbar and District Local Resilience Action Plan and the Household Canny Challenge Programme.

Posted in News | Comments Off on What has Sue been doing? 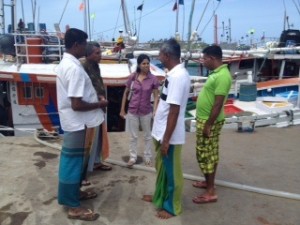 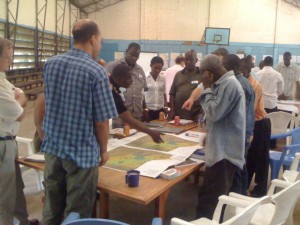 In Ghana, Liberia and Belgium he carried out an Independent Evaluation of the “Seat at the VPA-FLEGT Table” Programme, for FERN; Here he designed and conducted a participatory evaluation of an EU-funded international forest governance and civil society involvement programme with national and international stakeholders; and, 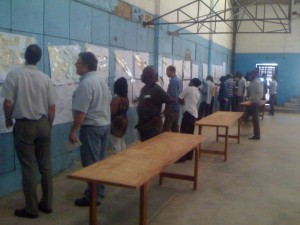 In Liberia, for the Community and Conservation Forestry in the Nimba Forests Programme, Arcelor Mittal he designed and facilitated a multi-stakeholder workshop to agree on sustainable forest management modalities incorporating social issues in north Nimba.

Posted in News | Comments Off on What’s Andy been doing?

SPI is delighted to be working with Alan Caldwell Associates to carry out a Stage Two Big Lottery survey of what peoples needs are and how some of these could be met by the community ownership of Seton Fields. Over the next two weeks we will be out and about trying to gather the views and ideas of people living in: Port Seton, Longniddry, Cockenzie, Seton Mains and Prestonpans
If you live in any of these areas please have your say here.

If you would like to assist us to carry out this important survey please get in touch. Contact Sue 01368 862552. 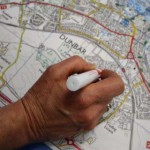 Lunchtime seminar on Participatory Appraisal on Wednesday 8th February from 12.30 pm to 2pm at the Doughty Centre, Hermanflat Hospital, Haddington EH41 3BU: An introduction to how participatory appraisal and community mapping can assist you when engaging with communites with Sue Guy from Scottish Participatory Initiatives/ Sustaining Dunbar. END_OF_DOCUMENT_TOKEN_TO_BE_REPLACED

Posted in News | Comments Off on Lunchtime seminar on Community Mapping 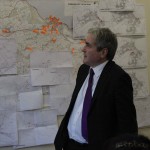 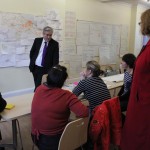 We recently had 2 members of the Scottsh Parliament meet with our local team of facilitators to hear about their findings regarding people’s opinions of wind turbines. Go to Dunbar Community Energy Company for more details.

Posted on January 27, 2012 by Sue Guy
Posted in Case Studies | Comments Off on Community Asset Mapping 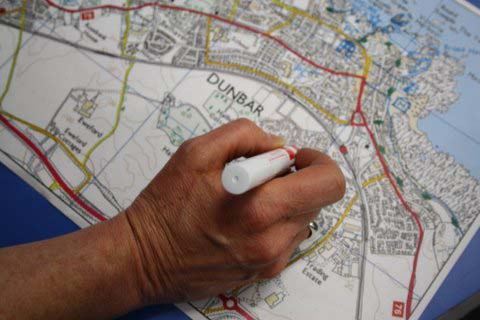 Do you know your way around the Dunbar Area?

Scottish Participatory Initiatives is looking for local volunteers to assist in a survey regarding your area.

The survey work will start Jaunary 12th and you will be paid by January 26th.

*  We have another survey starting in early February so if you can’t do the January survey – let us know if you would like to do the next one (or indeed you could do both and make up to £400.)

Posted in News | Comments Off on Local work here

Examples of our work

Since 1995 our team have been developing processes and using methods which enable
people of all ages and backgrounds to record knowledge, aspirations, opinions and
priorities, and give a voice to those who don’t normally fill in questionnaires or speak at
meetings. We have successfully facilitated community led research and consultation work
in urban and rural settings in Scotland and elsewhere. Our relevant experience is best
illustrated in a range of examples.

Example 1: Living in Collydean, Auchmuty and Glenrothes
On behalf of Fife Council we conducted a wide-ranging
community consultation exercise to understand local
people’s experiences of living in 3 localities. This gathered the views from a wide cross-section of residents (age, gender, spatial). Our team trained, equipped and supported local people to conduct the research for themselves, for example Youth Workers (who carried out the survey door to door) and pupil council representatives from the local primary and secondary schools (who surveyed their parents, siblings friends and known neighbours). Community conferences were organised to reach out to and feedback findings to the local population.

Example 2: Community Safety in Templehall
We trained local young people to carry out a large survey and run community events regarding the future of Templehall for Fife Community Safety Partnership’s Safer Neighbourhoods Team. It was clear that success in Templehall depended on effectively engaging with relevant local agencies and the local community. Partner agencies had to think creatively about the way in which they operate, share information and engage with the local community. This has led to sizeable reductions in antisocial behaviour problems in the Templehall area and major improvements in public perceptions of the area. 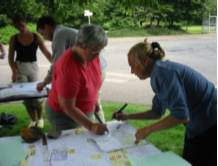 Example 3: Living in Lennoxtown
Our team led a Participatory Appraisal survey process for East Dunbartonshire Council and Lennoxtown Initiative inand around the Lennoxtown area.  The appraisal asked people what they thought about living in the area and their ideas for the future.  Seven local people were recruited and trained to be participatory appraisal facilitators.  They met and engaged with 310 people living in and around the Lennoxtown area over three days. The project outcome  has been an agreed on-going investment programme with the Council to regenerate the local environment. This project was one of the Scottish Community Action Research Fund’s most successful examples of participatory action research projects. 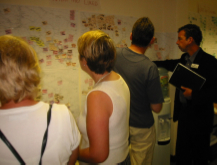 Example 4: Community Planning in Inverness & Nairn
For Highland Council and The Partnership for Rural
Inverness & Nairn we designed and delivered training for local people to carry out Participatory Community
Appraisals and Action Plans. We employed and trained
local people to survey all ages in several localities. The
main aim of the survey was to ask people who would not
normally attend public meetings or fill in questionnaires
what they thought of their local area and to have these views recorded. A total of 1 in 6 households in each partnership area were involved.  This work was pivotal in the ‘roll out’ of Community Planning arrangements. 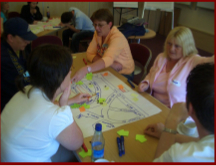 Example 5: Brownsburn and Gartlea
We led a community research and public consultation
process for North Lanarkshire Council that was carried
out in the Brownsburn and Gartlea areas with local
people and representatives from Community Services
and Planning and Environment departments in
partnership with the Central Scotland Forest Trust
(CSFT) and Scottish Enterprise Lanarkshire (SEL).  The
aim of this public consultation was to get an understanding of what people living around the area thought about it and to start the process of developing plans for improving the area for the future.

Posted in Case Studies | Comments Off on Examples of our work

Do you know your way around Maybole? 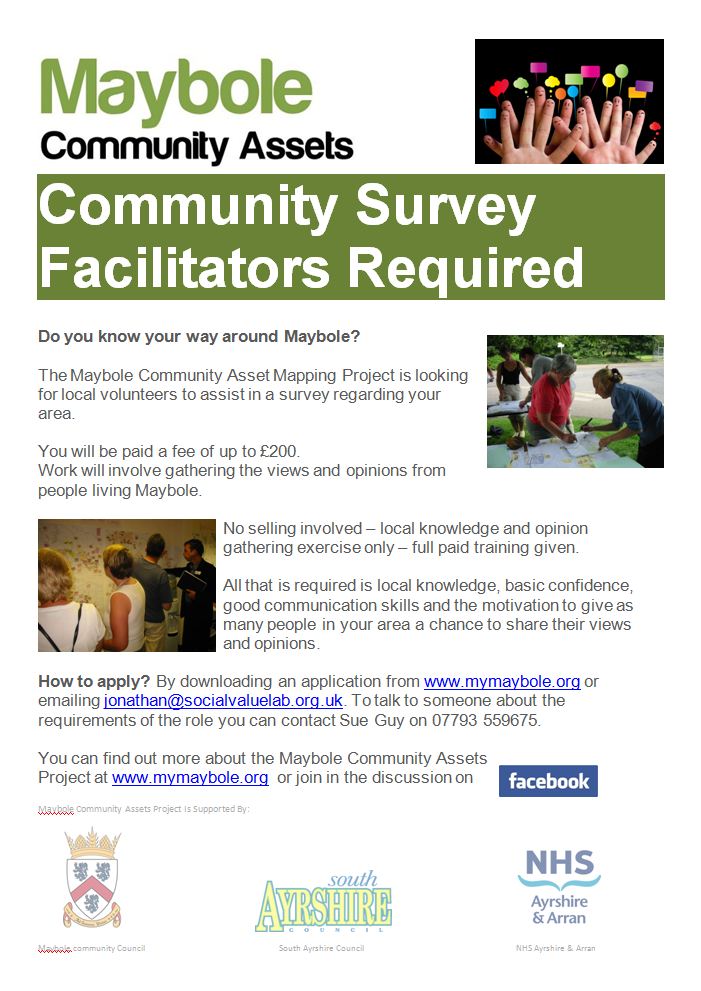 Posted in Case Studies, News | Comments Off on Do you know your way around Maybole?